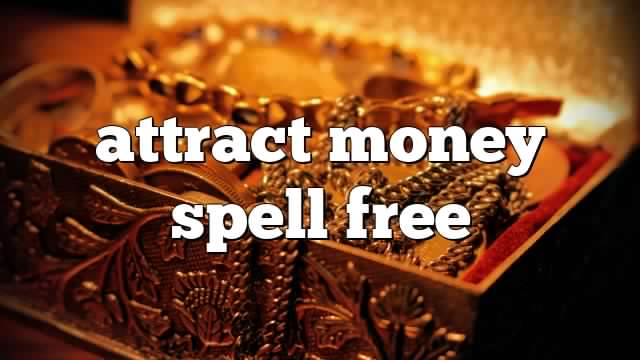 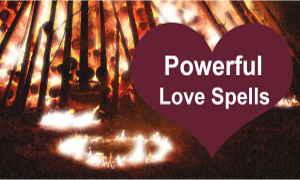 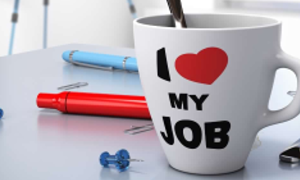 'Magic', in its simplest form, has been used by ancient cultures to control the elements, and bend forces of nature to the will of the user. The Prehistoric man was very much in tune with how they were placed in nature, and often felt they must give up sacrifices and offerings to their Gods in order to keep them happy. These rituals are the earliest forms of spellcasting, as their power of giving thanks helped them in their tasks of farming or gathering food.

African and Native American cultures had their wise men and women to perform their spells for similar reasons. They used wands, crystals and even psychic reading to aid them in their connection with the spiritual world. They focused more on charms and trinkets, or dolls to be carried around, and could perform spells wherever they were needed. Those who performed the spells were highly revered in their society, as they had proved themselves strong enough to handle the power of the spirits.

Egyptian and Greeks were more direct in their spellcasting, with their magics being used to control the will of others, or giving healing spells direct to an individual through their sleep. The performance of the rituals had little change from previous times, as they still believed that their Gods and Goddesses wanted cleanliness from the user, and offerings or gifts in order to say thank you for the use of their powers.

However, the rise of Christianity during Roman times paved the way for other forms of spellcasting, reverting back to the prayers to God, or the use of rosary beads and the cross. While the use of magics began to be outlawed for their pagan roots, the simple spells given by the Romans gave them the peace to actively co-exist with other spellcasters from other cultures for a set time. If the prayers worked, then they would be given permission to enter their version of afterlife and their form of spells worked for them.

During the Middle Ages, the practice of witchcraft was illegal, and many people fell under the governing bodies for the accusation of casting spells upon others. Stories surrounding these times often tell of spells that caused devilish images to appear in the dreams of the victim, or spells that could alter the temperature of the person, or evil sorcery that caused the death of another. Although it was a crime for witchcraft to be used, those who followed the old path were forced underground, and the practice of spells continued. The nature of these spells were the same as their ancestors. Small rituals to give thanks for their goods, prayers to their ancestors, and also the use of herbs to cure illnesses were used in their daily lives until the re-emergence of the pagan religion.

There are many different forms of spell casting. Each depends on the cultural backgrounds of the person asking for assistance. Although the love spell is the most common, the use of spells are extremely helpful in providing the guidance we need in our every day lives. Psychics provide services in Love,Tarot,Astrology and many more. You can connect with any expert Psychics online and avail a free live psychic service.

A prayer, offered to the spirits or to the Gods or Goddesses of your religion is the simplest form of a spell. In asking those of a higher power for assistance and guidance, the follower is using the magical energies of the gods to benefit their lives. However, due to its strict religious connotations, it is rarely classed as a spell, but more a way of giving thanks to your selected deity.

The art of writing words is a relatively new phenomenon, and so written spells were often seen as being more powerful than a spoken one. Words written on different objects were kept as charms and trinkets around the person to ensure the spell continued, or to make sure nothing happened to make the magic stop. The charms and trinkets that are worn can also be blessed with spoken words, or imbued with magical power from the elements around. In addition, rituals can be performed to strengthen these powers and make the charms potent for the user.

Performing spells can be easy, but others require the use of instruments and divination tools that allow the connection between the natural world and the spirit realm. The wand is most often associated with witchcraft, especially if carved from natural wood with an offering of thanks for the use of the tree. The wand acts as a buffer for the magical power, and aids the spells by directing the power in concentrated doses. A ceremonial knife, or athame, can also be used for these purposes. The wand connects the user to the spirit realm, and ensures that thanks are given for their assistance.

Other items that can be used to create a spell include ribbons to wrap up parcels or pouches, much the same as has been passed down through the ages. Wrapping up the spells enables the power to be held tightly inside until enough time has passed for it to return to the natural state from which it came.

A small broom, often made from small twigs tied together, can be used before a ritual to cleanse the space that will be used. Ridding the area of all energies that are unnecessary has been proven to increase the effectiveness of the spell. Throughout history, there have been many rituals involving the use of a broom, most notably the notion of spring cleaning, which is used to bring in good luck for the forthcoming season.

Candles, feathers, clay, oils, incense, water and crystals are used in addition to these. They aid the spell because they represent the elements being used; the candle for fire, feathers for air, clay or soil for earth, and crystals to hold the spirit. These items are all natural substances, and have been used for many years in all cultures to aid in the creation of spells. All the tools that are used in the divination process, even the use of tarot cards, crystal balls, dream catchers and herb pouches, are designed to pass on both elemental powers and spiritual messages from the user to the gods, or to the intended recipient of the spell.

Love: The most powerful emotion a person can feel; the emotion that drives deep into the heart of the soul and causes that person to behave in ways different to their norm. In every culture, there has always been talk of ways to attract love into your life, or to keep a lover, or to improve the love that is shared, or even to end a relationship. One way to do this is through the use of a spell.

Prehistoric or ancient cultures used their shamans to find ways of altering the course of nature, by asking the spirits to bless marriages, or bring love into their lives. Popular cultures have dramatised the rituals of their times in regard to the relationships they have, with the use of omens before the marriage; for example, the weather must be checked, and prayers must be offered to the ancestors for their blessing of the unions. These spells were considered important to the custom of the time. If something bad happened, then it was considered that the spells were not strong enough, and the gods simply weren't pleased by the unions. Since then, these people have often asked to bring the correct love into their live in order to please the spirits.

Other cultures have their own forms of love spells. Binding spells are most common in occult circles, where the object of the spell is bound to the user by the altering of their emotions to believe they feel affection for the spell caster. Performing this spell could have been mainly part of a violent nature with in the user, a latent desire to control the victim. The Ancient Greeks and Egyptians often used these curses to bring physical pleasure, and ease the suffering of the user by inflicting the same upon the victim. These forms of spells are dangerous, as many times the harmful nature of the spell comes back to haunt the user. However, there is still plenty of evidence to suggest that this magic continues.

Throughout the ages, although the use of spells and magic had to be hidden, the love spell continued. Many forms of the love spell could be found; prayers were offered to the spirits, pouches of herbs could be worn by the user, potions could be placed on the pillows of the user to dream of their loved one, and also effigies of the desired one could be carried around so as to bring their desire to them. Although this is not as noted, the wearing of trinkets, or the addition of perfumes that are in use today in order to both feel attractive, and to attract others, are all connected to the charms and spells used by witches from previous times.

After the later parts of the 19th century, and the re-emergence of many paganesque religions that were forced into hiding, many more people turned to the art of spell casting to aid them in their every day lives.

Freemasonry played a large part in the use of spell craft as a natural occurrence. They believed that it was possible to shape their own destiny and control the forces of nature by living as equals under the stars. Although their spell craft was limited, they often had with them a pentagram with a human body in the centre, to represent how grounded they were in their convictions.

African and Native Americans continued with their own voodoo practices, and their lives, while happily co-existed with Christian practices, remained largely unchanged. They used their spells to cure the sick, and to offer prayers of thanks to their ancestors or spirits. They used their dolls and other charms for protection, and completed the cycle of life with other spells and rituals to aid in both birth and death.

From the 1900s, the practice of spell craft took on more natural forms, and there was a clear shift from many spells that were used to cause harm, and more for healing powers, and to attract natural energies in order to change the self. Although spell craft by and large remained unchanged, with similar rituals being carried out, and tools remaining the same, it was clear that the popularity of the witch and the practice of sorcery meant that more people joined together. Covens appeared, and spells began to grow that included a larger number of people participating. These spells could be more powerful, although the elements of earth, air, water, fire and spirit remained the sole energies that were channelled. Charms and trinkets are still worn, and perfumes are still used to attract others and create a positive effect, and more herbs are being used in natural remedies as spells to aid the sick.

After the 1900s, with the rise of the popular media, we began to see positive images of the witch. Spell books were increasing in volume, and more information was passed to others to aid them with their own spells. Works of fiction saw the witches as heroines, or as people who used their spell crafting to aid the hero along their journey, both being invaluable to the stories. Television made a huge leap into the realm of sorcery, and magic was seen to be a powerful use of nature, and spell crafting intrigued many people.

The use of spells today have not changed in the use of the elements to alter ones life to be better, nor has it moved from the original state in being used to help others. However, it is now recognised that the crafting of spells is a way of knowing that the user is at one with the world and the natural cycles contained in it.